My day on an Ice Breaker at the Straits of Mackinac

In mid January 2008, I received an email from Senior Chief Petty Officer Roland Ashby, a friend of a friend, with whom I have been diving a time or two. It seems Senior Chief Ashby was organizaing a mission for the organization "Employer Support of the Guard & Reserve". The purpose of this group is to remind and encourage business and civic leaders to fulfill their obligation to guardsmen and reservists who are serving our country by guaranteeing them their jobs upon their return from duty.

His invitation was to join a small group of business and civic leaders on a US Coast Guard icebreaking tug on a cruise in the Straits of Mackinac.

Now, if I had a "bucket list -- this just might be one of the items on it!

And because I was allowed to bring a friend, I immediately thought of fellow city councilmember Bob VandeVusse, boatnerd extraordinaire and sometime columnist for the Holland Sentinel on all things maritime.

So... at Oh-dark-thirty on the morning of Tuesday, January 29, 2008 he arrived at my home for the drive to the Army Reserve post in Grand Rapids. Upon our arrival we joined our driver -- an Army reservist who had been injured by an IED explosion in Iraq, ESGR organizer Paul Ryan of Fifth Third Bank in Grand Rapids, and four other folks who signed up for the cruise.

Now, here's where is gets fun. The National Guard had supplied a bus for this mission and it looked like a retired dial-a-ride bus from the 70s! The door didn't close tightly, the windows leaked and what little heat was generated, never got back past the driver's seat!

After a somewhat miserable 4.5 hour journey, punctuated by numerous cigarette breaks for the driver, gasoline breaks for the bus, potty and stretch breaks for the passengers and nearly-frost-bitten toes, we crossed the famous Mackinac Bridge, turned right and pulled into the the US Coast Guard's "Station St. Ignace".

After a UP Pastie lunch and a briefing on our trip and the ESGR mission, we boarded the 140 foot "Bay" class US Coast Guard cutter tug Biscayne Bay and headed out in open water, looking for ice!

Clearing the Graham Shoals we turned west and headed for the Maciinac Bridge. Hitting the thin ice for the first time was a hoot and the camera and video cameras came out in numbers. Bob and I took pictures of each other and grinned ear to ear over our good fortune to experience something that few other civilians would ever know.

West of the bridge we hit the thick ice -- about 12 inches of it. The aging tug cut through it like butter, while the relentless ice closed in behind us where ever we went. The noise of the steel hull slicing through a foot of ice was deafening!

All too soon it was over and the baby-faced "coastie" at the helm slid the cutter gently into it's dockage.

We boarded the bus for the trip home --having lost one of our intrepid voyagers to the comfort of Senior Chief Ashby's warm, dry car.

4 or 5 hours later we arrived, cold, damp, cramped and tired at the Reserve Post on Walker Avenue in Grand Rapids, and drove home in the rain, which turned to ice just when we pulled into the driveway. By morning there was a fresh six inches and drifts of two feet. Boy, had we dodged a weather-bullet on the way home!

All in all, a wonderful experience. Thanks go out to the US Coast Guard, the Michigan National Guard and the folks of the Employer Support of the Guard and Reserve organization --all volunteers who remind us all that a huge portion of our armed forces are civilian solidiers these days. Let's support them and encourage them by giving them the time to serve their country and guaranteeing them their jobs will be waiting when, God willing, they return to us. Thanks!
Posted by Craig Rich at 10:31 PM 2 comments:

Well, I voted for Fred Thompson in the Michigan primary -- not that it did him much good. I hope he makes a good showing in South Carolina tomorrow. I'm pretty conservative and Fred seems to be the one perosn in the campaign who talks straight, has a sense of the real role of government provided in the constitution, and isn't a "completely over the edge" Libertarian who wouldn't stand a ghost of a chance of winning.

I like the curmudgeony, straight-talkin' way he handles himself. No pretty hair. No plastic face or smile. He's REAL. I think my new rule is, "Never vote for anyone for President unless he/she looks right wearing a cowboy hat. Plus, he's got a hot wife. ;-)
Posted by Craig Rich at 10:03 PM No comments: 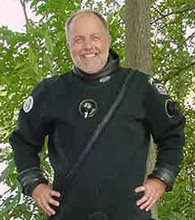